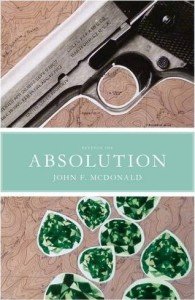 Mohammed Sharif is a Kashmiri geologist and a devout Muslim. He has revenge on his mind
for the murder of his family by Harkat ul-Mujahedeen, a militant Islamic faction involved in
the dispute over the sovereignty of his homeland. Sharif’s father is a moderate Muslim who
practices the gentle, compassionate form of the religion which is preached in the Qur’an. His
family pays for their opposition to the fundamentalists with their lives – all except Sharif.

Daniel Hutten is a Jewish man, living in New York. He is indebted to an ultra right-wing
faction, because they helped him get to an Ivy League University and expect him to be
politically useful to them when he graduates. Daniel, instead, goes into the precious stone
business and the right-wingers are disappointed with his liberal views. They threaten to ‘take
action’ against him or his family if he can’t ‘buy himself out’.

Christian Childe is a cynical trader in the Bangkok financial district. He comes from a
privileged background in Buckinghamshire and a sinister grandfather who is involved with
neo-nazis. However, a liaison with his superior’s fiancé brings him to grief. He is
manipulated into a bad financial decision and gets the sack. Christian is used to the good life
– he has an expensive apartment, a flash car and a certain lifestyle to maintain. He soon finds
out that he has become persona-non-grata in financial circles and he has to look elsewhere for
re-employment.

Sharif is invited to Burma to retrieve some emeralds for the Karen rebels who are fighting the
military junta there. He discovers a ‘miracle stone’ at an excavation site in the jungle and
wants to keep it to help his own cause back in Kashmir. In the process he must desert Suli
Neng, a guerrilla woman with whom he has a special relationship.

Christian goes in desperation to the Bangkok unemployment centre and tells them he needs a
job which pays well. They send him to a local iron-foundry which is the highest paying job
they have on their books. Christian Childe finds himself in a Dickensian world of soot and
smoke and molten metal. It is a complete culture shock – but he has no alternative. He meets
Mohammed Sharif there.

Sharif needs to trade his emerald to the highest bidder to buy arms for his particular faction in
Kashmir. Christian Childe knows Daniel Hutten and the three become unlikely allies.

The Karen guerrilla, Suli Neng, tries to warn Sharif that a fatwãh (death sentence) has been
issued by Harkat ul-Mujahedeen. The right-wingers are trying to get at Daniel Hutten and the
neo-nazis are after Christian Childe.

Absolution is an extremely topical book and the story of the converging lives of these three
men and the extraordinary women they come into contact with – their unlikely alliance and
the consequences of that alliance. The book is a truly global one, moving as it does from the
prep schools of England to the Far Eastern financial community to the jungles of Burma to
the hills of Kashmir to the gem dealers of New York. The novel incorporates and interlaces
several themes, including global terrorism and fundamentalism in all their forms.

On a lighter note and as a contrast to the main theme, each man has his own peculiar
obsession (hence the title) and each man must find the solution to his personal obsession and
conquer the demons inside him. These problems cast a satirical eye on the world and are
dealt with in a blackly comic way.

Above all, however, Absolution is a book about people – and the premise that, in the end,
truth and justice are universal commodities, not exclusive to any religion or set of economic
rules.

The book is written in the style of my first novel Tribe and has the urgency of first-person,
present-tense narrative. The novel has a strong visual/dialogue bias which will adapt effortlessly
to screenplay format and I’m confident it will prove to be both controversial and popular at an
international level.